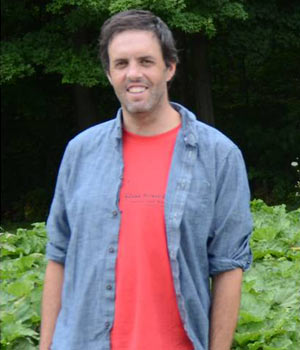 Dr. Michael Ekers is an Assistant Professor in Human Geography at the University of Toronto Scarborough and teaches classes on nature and society and environmental governance. His work mobilizes social and political theory and political economic approaches to understand the making of different environments and the cultures of labour in environmental spaces. Michael’s previous research focused on the cultural history of tree planting in Canada and accounted for the politics of everyday life and work in contemporary reforestation camps in British Columbia. Finally, Michael has a sustained interest in the social and political theory of Antonio Gramsci and is a co-editor (with Gillian Hart, Stefan Kipfer and Alex Loftus) of Gramsci: Space, Nature, Politics. http://www.utsc.utoronto.ca/geography/michael-ekers 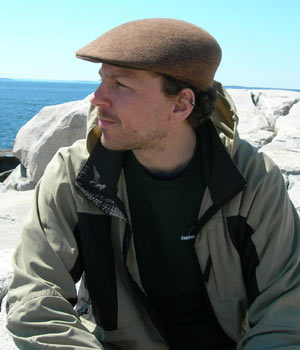 Dr. Charles Levkoe is the Canada Research Chair in Sustainable Food Systems and an Assistant Professor in Health Sciences at Lakehead University.  He has been involved in food sovereignty work for over 15 years in both the community and academic sectors. Charles’ interdisciplinary teaching, research and publishing in food studies bridge the fields of agricultural, political and social geography, urban policy, and environmental sustainability. His ongoing community-based research focuses on the opportunities for building more socially just and ecologically sustainable food systems through collaboration and social mobilization. Charles is also the academic co-lead on Community First: Impacts of Community Engagement (CFICE): Community Food Security Hub, a major cross-Canada partnership initiative. CFICE is an action research project aimed at strengthening Canadian communities by asking the question: How can community campus partnerships be designed and implemented to maximize the value created for non-profit, community-based organizations? 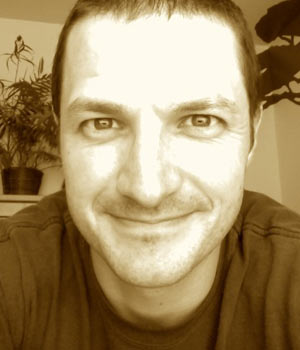 Bryan Dale (Research Assistant) is a PhD student in Human Geography at the University of Toronto. His research interests include political economy and ecology generally and, more specifically, climate justice, food sovereignty and social movements. Bryan’s MA thesis, “A Beautiful Picture of Chaos”: La Vía Campesina and the Convergence of Food Sovereignty and Climate Justice, covered each of these topics. His doctoral research will be continue in this vein, specifically looking at the potential for farmers’ groups like the National Farmers Union and Union Paysanne to contribute, with their allies in the food movement, to the systemic change that is implicit in calls for food sovereignty and climate justice. Bryan has a diverse background that has included working in social services and communications and doing community organizing on political and environmental campaigns.

Julia Laforge (Research Assistant) is a PhD student in the department of Environment and Geography at the University of Manitoba. Originally from Saskatchewan, Julia completed an M.A. in Human Geography at the University of Ottawa looking at how farmers used social capital to deal with the Great Depression in Saskatchewan. After finishing her degree in Ottawa she became interested in the food movement and worked for Just Food and USC-Canada before academia called her back to start a PhD in Winnipeg. Currently, Julia is researching how farmers who practice ecological agriculture using alternative economic systems like CSAs and Farmers’ Markets access knowledge to help them to pursue this kind of farming. Since late 2014 she has been working with the National New Farmer Coalition with a research project that looks at policy and other changes that need to be made to support new farmers. Jillian Linton (Research Assistant) is a MA student in the Department of Geography and Planning at the University of Toronto. Her research interests include community, migration, identity and food. She is especially interested in how justice and equity can be better promoted in current and future food systems change. She is currently researching the ways in which first generation immigrants in the Greater Toronto Area are interacting with local food and local food communities 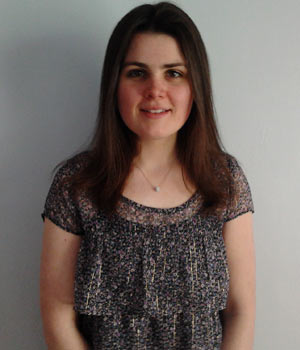 Heidi Tripp (Research Assistant) is a fourth year undergraduate student in the Concurrent Teacher Education Program at the University of Toronto Scarborough working towards a French Specialist and minor in Human Geography. She enjoys reading, writing, cycling, swimming and skating in her free time. She has a passion for teaching and learning and enjoys volunteering at elementary and secondary schools. She hopes to be a dynamic and engaging French teacher in the future. 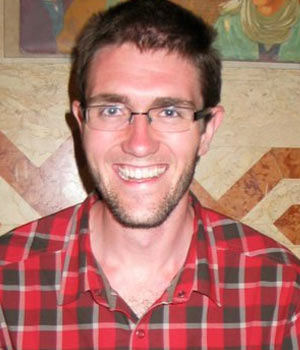 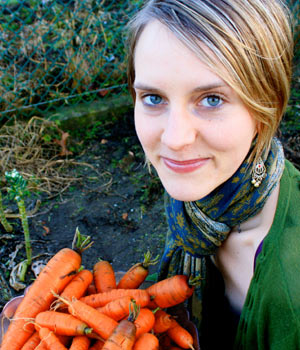 Anelyse Weiler (Research Assistant) is a PhD. student in Sociology at the University of Toronto. While studying ecological agriculture at UBC, Anelyse had the opportunity to gain insights as a student and an educator into community-based research/service-learning. One of the most meaningful aspects of her time at UBC was being involved in the campaign to save the Centre for Sustainable Food Systems at UBC Farm. After working for a few seasons at the UBC Farm, Anelyse’s Master’s research at Simon Fraser University focused on alternative food networks, un(der)paid farm interns and migrant farm workers in British Columbia. Currently, she is interested in opportunities to strengthen coalitions between Ontario-based initiatives focused on food system sustainability and organizations seeking to create spaces in which migrant farm workers can meaningfully participate in decisions that affect their lives. Her other areas of scholarly and advocacy work include the relationships between food systems, food sovereignty and health equity.