Context:
Recent public attention to food issues, fueled by best-selling books like The Omnivore’s Dilemma and films such as Food Inc., has increased awareness and resistance to the corporate-led industrial food system. Increasingly, eaters and producers are searching for alternatives and expressing support for local economies, sustainable growing practices, and the environment. Despite this growing interest and demand many ecologically oriented farmers still struggle to make ends meet, which has led to a reliance on non-waged labour in the form of internships, volunteers and apprenticeships. In these models, individuals provide their labour to support the work of farms with little or no monetary compensation but are often given some form of training, accommodations, and meals.While these practices have become commonplace in the ecologically oriented farming sector, recent public and scholarly debates have raised significant questions that require further examination. For example, in a recent legal case in British Columbia, two former farm interns successfully sued their farm host for back-wages. While this case is part of a larger public debate on the role of internships, it sent tremors throughout Canadian farming communities. In general, many have argued that the Ontario Ministry of Labour has been unclear about the actual legality of unpaid internships – especially on farms. Non-waged labour on farms resonates with broader debates regarding volunteerism in the social service sector and the relationship to neoliberalism.

The Research:
Despite the uncertain character of non-wage agricultural work, young people seem to flock to work on farms every season and farmers are more than willing to accept their voluntary contributions. The rise in non-waged farm labour requires a rethinking of the “value” of people’s labour. In particular, the lack of wages afforded to farm interns, apprentices and volunteers, might signal the exploitative nature of these work relations. However, ongoing debates about the value of work highlight the need to consider the qualitative, cultural and critical dimensions of the wage and labour. Our research explores these tensions between non-waged work that might be deemed exploitative yet also contributes to a food movement that is concerned with social and environmental justice.This research seeks to advance debates on the food movement and agriculture by reflecting on the shifting legal, social and political terrain of non-waged farm work. We examine the role of non-waged labour on small–scale ecologically oriented farms in Ontario as part of the growing food movement. We present a series of case studies with a focus on understanding the dilemmas faced, and strategies adopted, as growers and workers navigate the labour question in environmentally sustainable and socially just ways. We trace the historical debates surrounding non-waged farm work and put them in the context of the current realities of growers, while speaking directly to farmers and interns about their experiences. Our main objective of this research is to understand whether non-waged labour on ecologically oriented farms is part of a transformative food movement, and/or is a reflection of a broader trend towards increasingly casual and precarious forms of employment.Our findings will contribute to public discourses and critical knowledge, and are aimed at strengthening the work of various actors within the food movement. They will also serve as a platform for a larger comparative project in the future, aimed at examining the politics of non-waged labour within the broader food movement.

The lack of existing research means that we cast our methodological net very broadly and pursue our research objectives through a multi-method approach that includes: an Ontario-wide survey investigating the forms and extent of non-waged work on ecologically oriented farms; a primary policy, legal and media analyses; and, interviews with farmers, non-waged workers, industry observers, and leaders of non-governmental organizations.

This research is made possible by the famers, interns, apprentices, volunteers and members of the food movement that have generously taken time to answer our questions and welcome us onto their farms. It is their collective voices that inform and animate our findings. 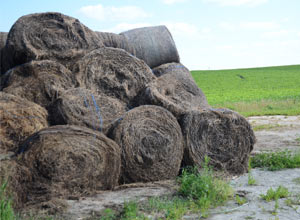 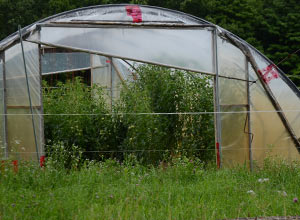 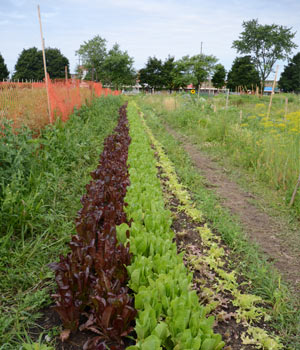